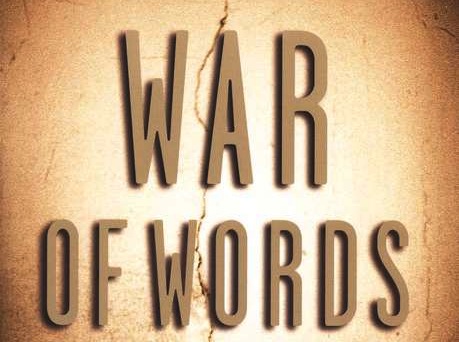 Here is an expanded version of a previous similar post.

We are told in the Bible that God is the same yesterday, today and tomorrow. I also firmly agree that His Word has never changed. However, it is absolutely without doubt that our understanding of God’s Word DOES change and we have seen throughout history how the church has frequently moved its position, be it on theology, lifestyle or experience of God. there are numerous examples of this throughout church history, for instance the church had a very different position on Slavery only a few years ago, or the role of Women in the church or society. You could say the church has done a full 180 degrees about turn on some of these.

I am not a historian, and I would not claim to be a theologian either but I can relate my own experiences in my life since the days I became a young Christian at the age of 11! I grew up in a very traditional Dutch reformed church where my dad was the organist and my mum a faithful attendant every Sunday dragging me and my brothers and sister along as a good mother did in those days. Since then though I had a powerful and very personal encounter which transformed my life and from that day onwards my relationship with God changed, far removed from the days of attending those long uncomfortable services and confirmation classes. My perception had changed, my understanding had grown and in fact my perception and understanding has been changing and growing ever since.

Being in a vibrant living relationship means discovering new things about each other, growing closer together, becoming more like the other person. I would challenge any Christian that still adheres to the same beliefs and opinions they held 20 or 30 years ago when they first “believed”.

The church has changed

Likewise, the Church has also grown and changed in my lifetime, as new revelation and understanding has come to it. I remember in the early Eighties how our worship in church was quite restricting and formal and over time we discovered a new kind of freedom and with a new kind of Joy that we would previously have been frowned upon. Dancing and clapping and waving banners became part of a new expression of worship and suddenly worship became more of a celebration. In the nineties we discovered another whole new aspect of God’s Love and his healing power and how He clearly cared for us on a day to day basis. I remember seeing someone I had known in church for 15 years, wheelchair bound following an accident jump out of his wheel chair and run round the room without pain, a friend of mine riddled with Arthritis at a young age was also healed much to doctors bafflement. These things had not happened before in the churches i had attended previously nor in this church. Had the bible changed? Had God changed? off course not but we had changed and our understanding of God and his Word that certainly had changed.

Where we wrong before? I don’t think so but part of being in a real relationship with God means He reveals new things of Himself and so we grow both in wisdom and understanding as well as in Love and character. If you see change occurring either in a person or in a Church, then that means what you’re seeing are healthy Signs of Life! remember that scripture…

but when I became a man, I put away childish things “

So then what does it mean if we don’t see change? if this Christian or that Church still fervently hold on to the same doctrines and beliefs they always had? Well it doesn’t mean they are all bad as such but I am quite sure what you are seeing is Religion at work. I’m sure you know, but Jesus did not have much time for the Religious folk, most of his battles where with them. The reason is because Religion in us is restrictive, it stifles, it cuts off the blood supply and the airways, it might survive for decaded or centuries but its stunted growth at best and most likely stagnant and static. In a nutshell Religion is being led by a bunch of rules regulation or traditions or even guilt, an attempt to please God, instead of being led by the person of Jesus

This is why it is SO extremely important to always focus on Jesus and His Gospel and develop your relationship with him. don’t waste too much time arguing over this doctrine or that principle, these are just opinions, fleeting glimpses of understanding in the fog of time.

The reason God gave us the bible is for one reason only: to discover the personality and character of God, so we can grow and our own character and personality becomes more like him as we enter deeper and deeper into relationship with Him. remember that verse…

“Therefore if you are presenting your offering at the altar,

and there remember that your brother has something against you,

leave your offering there before the altar and go; first be reconciled”

What does that mean other then don’t come to God with your talents and your gifting, don’t offer up your religious sacrifices but let your character be shaped by that of Jesus. Relationship comes before everything even that one with your brother!

We Christians study and read the scriptures to the ends degree, we listen to sermons for years and years often forgetting almost instantly what we heard. we develop opinions and convictions about all kind of stuff and often become dogmatically passionate about what we believe in. We’ve forgotten that the only thing that actually matters is our relationship with Jesus and how our personality is shaped by His rather than sheer dogma. Jesus was a man who above all demonstrated an infinite capacity for loving people, with astounding humility and authority he executed compassion for mankind like no other human being before.  When I look for a genuine “believer” I don’t worry quite so much about what they stand for, or if they have the right doctrine, but I see if they have that intoxicating compassion for people, if they communicate with love and tenderness, and often I find those people in the most unusual places and sometimes long before they’ve even opened their mouths.

“What God has put together let no man separate!”

If reading the scriptures does not change your character and makes you more like Christ, then you aint reading it right! Be less opinionated, read and learn but be more open minded, don’t focus so much on doctrine but fall in Love with Jesus, you’ll be amazed what you discover. Walk with Him every day, and let him mould you into an image of Himself.

God Is, not for us to explain, to interpret or rationalise, He Is, to be experienced! any teaching of God or the bible should ultimately lead to an experience of God, without it all you have is religion. lets end the War of words and enter the walk of relationship

This site uses Akismet to reduce spam. Learn how your comment data is processed.