Dig a Moat or Build a Bridge? 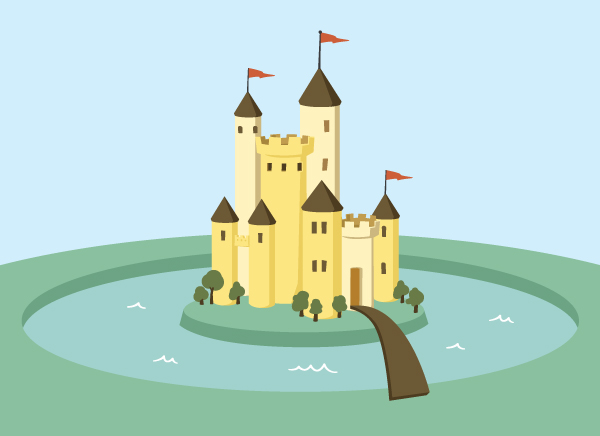 18 And all of this is a gift from God, who brought us back to himself through Christ. And God has given us this task of reconciling people to him. 19 For God was in Christ, reconciling the world to himself, no longer counting people’s sins against them. And he gave us this wonderful message of reconciliation. 20 So we are Christ’s ambassadors; God is making his appeal through us. We speak for Christ when we plead, “Come back to God!”

Recently a friend of mine told me they found themselves defending me in a conversation started by “a concerned Christian” about the theological direction I appeared to be heading in. In fact they were “concerned” about who I was associating with mainly because they are not part of the established Christian community. I could not help noticing the similarity between that concern and the Criticisms directed at Jesus for mixing with the wrong people.

I am very pleased that my life is causing some people to question it and is raising a few eyebrows amongst established Christianity. I have always hated just blending in and following the crowd. It tells me that I am doing one thing right which is “to question everything to see if it is true” rather than be spoon-fed the same knowledge over and over again. Of course, the sad thing is that “the concerned Christian” is not at all concerned about me, or my wellbeing but in truth is more concerned about the threat to their version of established Christianity and the views they hold which have probably not changed for a hundred years. I can almost hear the conversation, which probably had the statement: “We Christians shouldn’t listen to such people”.

The Church has always had a vital role in society; it is evident in everything we see today. We take for granted things which originally were founded by the Churches, Social Services, Mental health Services, Hospitals, Schools etc. etc. Therefore, I’m very pro-Church but there is a risk that being part of a church can lead to spending so much time associating with it that you are isolating yourself from the rest of society. The results of this behaviour are devastating

When you spend all your time only with the people you agree with, safely inside the walls of your church building, you lose the ability to listen. You already know that you agree with everything you hear inside these four walls and so you don’t need to listen anymore. In fact when you do listen, it is only to reinforce that which you already agree with, which leads you further into “self-right-ous” convictions and pride because nobody ever tells you that you are wrong.

Having become so sure of yourself and your many years of gathered up “knowledge” you become judgemental of others who don’t think, talk, look or act the same way as you. As a young man, who was sure of his own spirituality and who thought he was a very mature Christian, I remember once looking at another Christian who would go outside after church to have his much-needed cigarette. I thought to myself  “When is this guy going to grow up and become a mature Christian” I had made a judgement and It made me feel good about myself because I had never been tempted by the demon of smoking, but not once did it remind me of my own other weaknesses and struggles which were much less visible. This behaviour and similar attitudes are common in Christian circles. We so quickly forget that we are saved by Grace and we start taking some of the credit for ourselves.

It feels really good to be with people who are likeminded, to be with people who constantly tell you how Godly you are or how right or wise you are. This process of mutual admiration is addictive and causes you to withdraw from your neighbours, work colleagues and none church friends who may not share those views about you, After all why would you expose yourself to such risk. For some Christians the only real meaningful interaction with the non-Churched is to either fulfil a religious requirement to evangelise or because the interaction just cannot be avoided. This leads to Isolationism and the Church becomes a mini subculture losing touch with the real world around them.

Digging a moat instead of building a bridgeToday I meet far too many Christians who are intent on digging ditches. They are determined to defend traditional theological understanding at all cost. They want to tell the world they are right and they prove this point by focussing on the other person’s wrongdoing or bad lifestyle usually reinforced by a range of bible verses. In doing so they achieve the desired result. Those who do not fit the criteria withdraw from them. The institution, which enforces these beliefs, has been successfully defended once again. Now I know at this point someone will quote some bible verses at me and make reference to the “Camel and the eye of the needle” and how hard it is to make it into the kingdom of God. But when Jesus talked about the eye of the needle he was referring to our how our own internal desires make it so difficult to give it all up to enter in. At no stage is Jesus referring to burdens being put on to them by others.

Off course their moat does have a bridge but the criteria to cross the bridge into their world is narrow and requires a total denouncement of everything they once stood for before they can enter. This is no Gospel that I have ever heard, It is simply condemnation and guilt being heaped onto people again and again. Is it any wonder so few these days cross the bridge into salvation? We have simply made the Gospel too hard for them and turned good news into bad news.

One of the greatest characteristics of Jesus is that He was forever building bridges; His conversation with the Samaritan woman, His forgiveness of the Prostitute who was about to be judged by all the religious leaders. (Only He was qualified to tell her “go home and sin no more”) or his desire to let little children come to him. Even the much-hated Roman Centurion was welcomed by Him. It seems only the religious folk suffered His Wroth. Jesus frequently confronted and agitated them (Interesting!).

4 – Ineffective  in prayer and faith

When we become self-absorbed in our own self-assured spirituality, we lose compassion for people. We think they should be like me and we see their sinfulness before we see their potential, if we even see their potential at all. Quite often we are so blinded by the sin of others that we’re incapable of seeing the Godliness in them, we fail to see how close to the kingdom they actually are. It is recorded many times in the Gospels that when Jesus saw people “He had compassion on them” So you can try and pray for others or you can pray for your church but you won’t see any breakthroughs unless you are first broken by compassion for others. You need to be burdened by an overwhelming desire to see people be reconnected with God. God listens only to what is truly in your heart not to what comes out of your mouth.

Your growth in faith is stunted because your focus has become religious theological (and often, middle class cultural) correctness instead of the good news of the Gospel which is simply this: That whilst you were yet a sinner Christ died for you and reconciled the world to himself. Our only response to that is to put our faith in him (Saved by Grace through Faith) only then, can the journey of repentance and renewal begin. When that journey does begin for someone, it will only continue provided others do not judge him or her. They must be loved and supported unconditionally. So that means recognising we are all on a journey together and none of us have yet arrived at our destination, recognising that you are weak yourself and still learning and that you could be wrong about many things you once believed to be true.

Let us be the reconciling bridge builders we have been charged with in Cor. 5 not the moat building defenders of the status quo!

Tags: Dig a moat or Build a bridgeWesteraBlog